HOW TO CHOOSE
THE BEST KNIFE FOR YOU

Hints and tips to find the blade that suits your needs best. 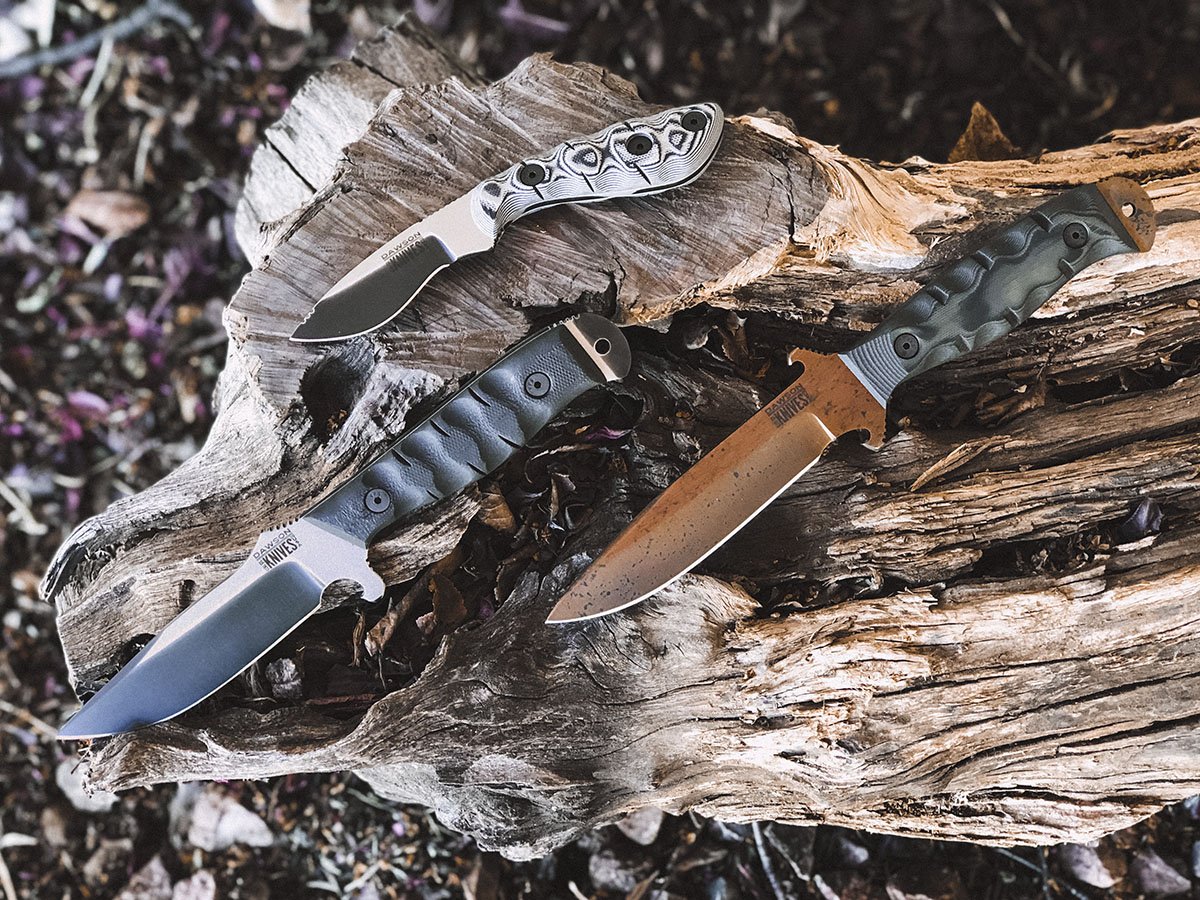 “Which knife do you recommend?”

Folks that are just getting into the knife world ask me this question all the time. And I love to help people find exactly the right blade for them. It gives me a deep sense of satisfaction to see something I’ve made with my own two hands go off to a new home where I know it will be useful and appreciated.

Some people might say, “A knife is a knife, right?” Well, yes and no.

We sort our knives into categories like Hunting, Backpacking + Survival and EDC (Everyday Carry) to give you a jumping-off point on your knife-selecting adventure. But that doesn’t mean there isn’t a lot of overlap, where one knife might be just as good an EDC as it is a small game knife, or another knife be just as good a camp knife as it is for dressing out deer. Some people swear by a smaller blade even for large game, while others are more comfortable with a longer blade as their go-to, all-around outdoors knife. Personal preference and individual needs play a huge role in this decision, and there’s really no wrong answer.

As my grandpa used to say, “Ain’t no accountin’ for taste.” 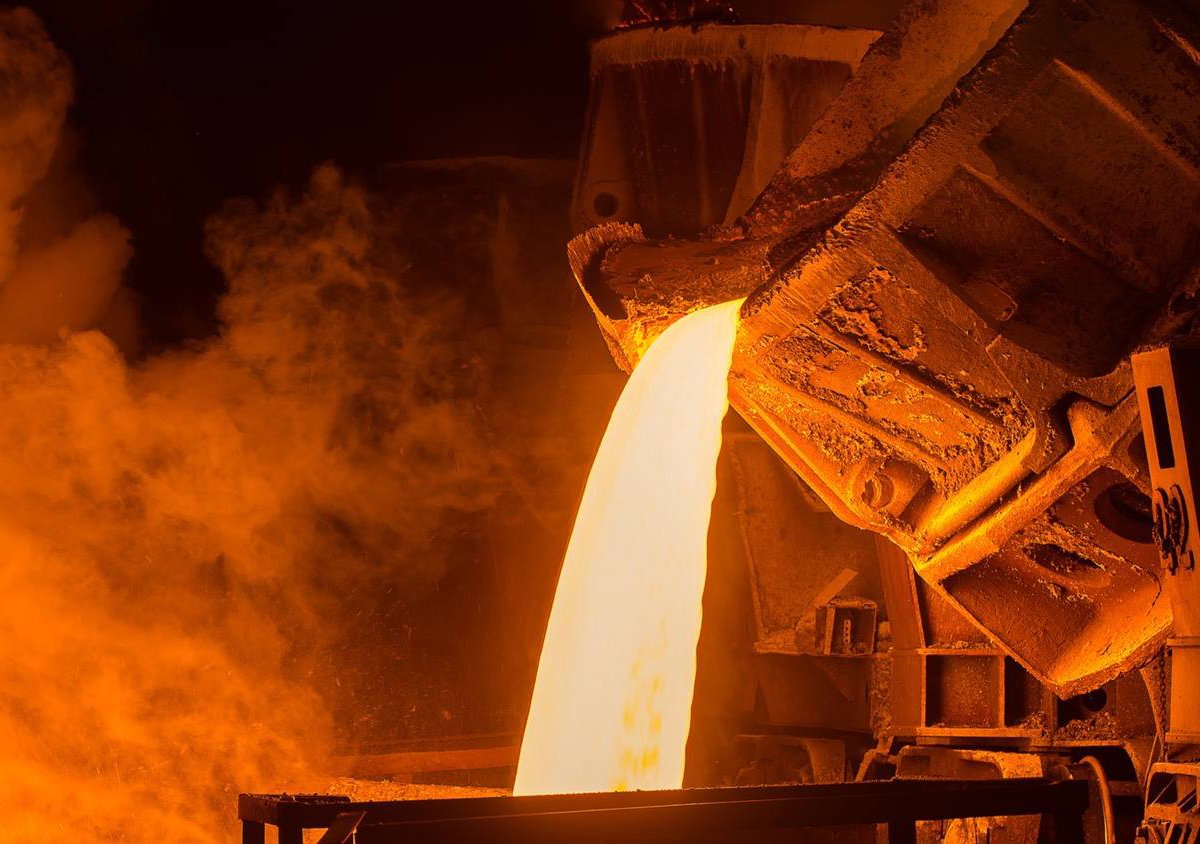 This is a big one. A quality steel is one of the most important components of a quality knife. There are several good steels out there, and a few great ones.
Powder steels like CPM-3V are one of the latter. The CPM line of steels in particular are American made, the product of highly refined, premium components and a meticulous manufacturing process. D2 is another excellent blade steel, as is M2. Do your research, and invest in the best steel you can afford.

"A quality heat treat is more than important; it will elevate a good steel into the best blade it can be." 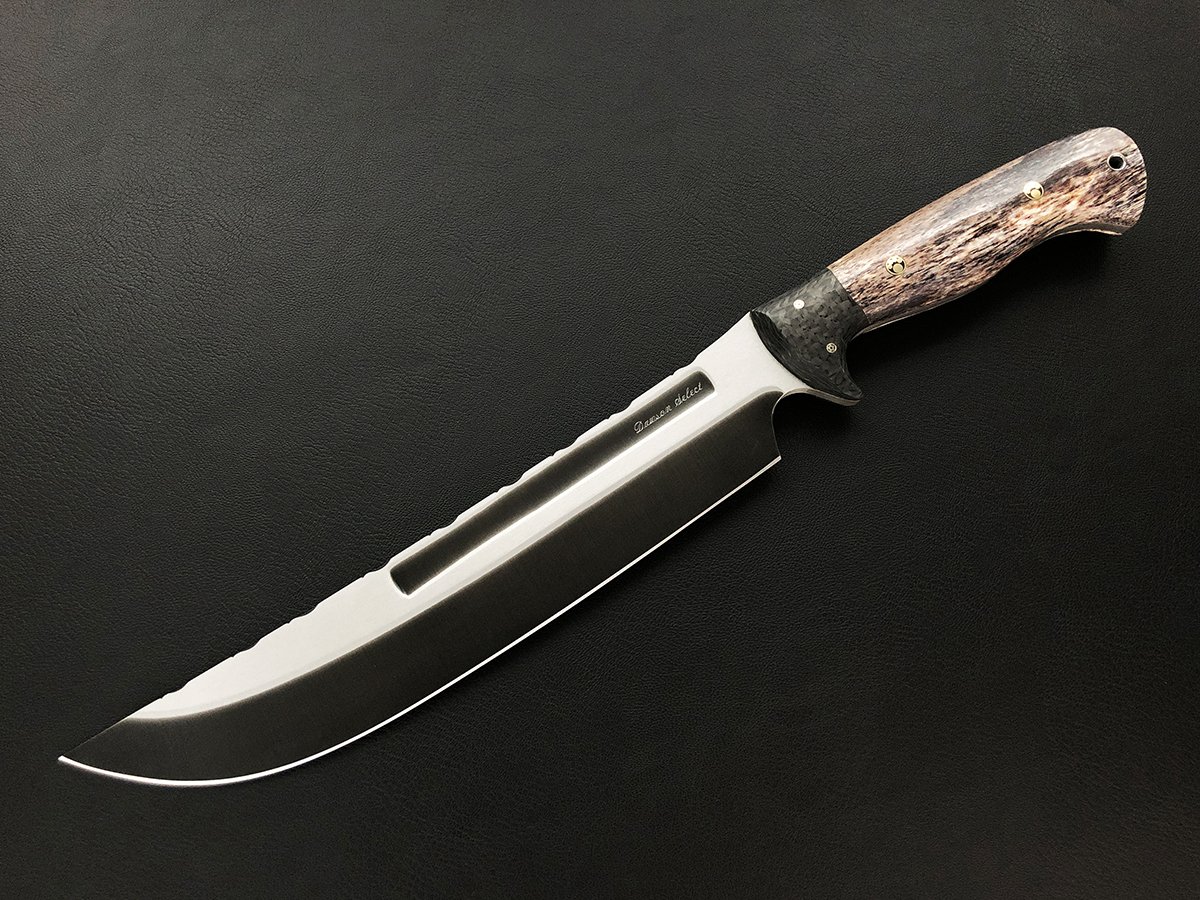 No matter how good your steel is, if the heat treat sucks, then at best you won’t be enjoying the full potential of that premium steel you paid for, and at worst it will perform almost no better than a mass produced, big box blade. The heat treat needs to hit the sweet spot between being hard (good edge) and too hard (brittle), as well as having a bit of flex for strength and shock absorption. Many modern heat treats aim to achieve a single, uniform hardness throughout the blade, and run the gamut between hard and too hard by being just hard enough. This allows them to hold a decent edge without too much risk of chipping or breaking under normal use.

Then there’s something called differential hardening. The basic idea behind this heat treat is that the edge and ground portion of the blade is harder than the back or “spine” of the blade. This heat treat method was developed by Japanese sword-makers hundreds of years ago, and it allows a skilled maker to harden a blade’s edge several Rockwell C points more, taking a “hard enough” edge to a razor sharp edge. Then, to avoid making the blade brittle as a result, the spine is tempered several points softer, which creates a blade that is tough, shock resistant and has some flex. A quality heat treat is more than important; it will elevate a good steel into the best blade that it can be. 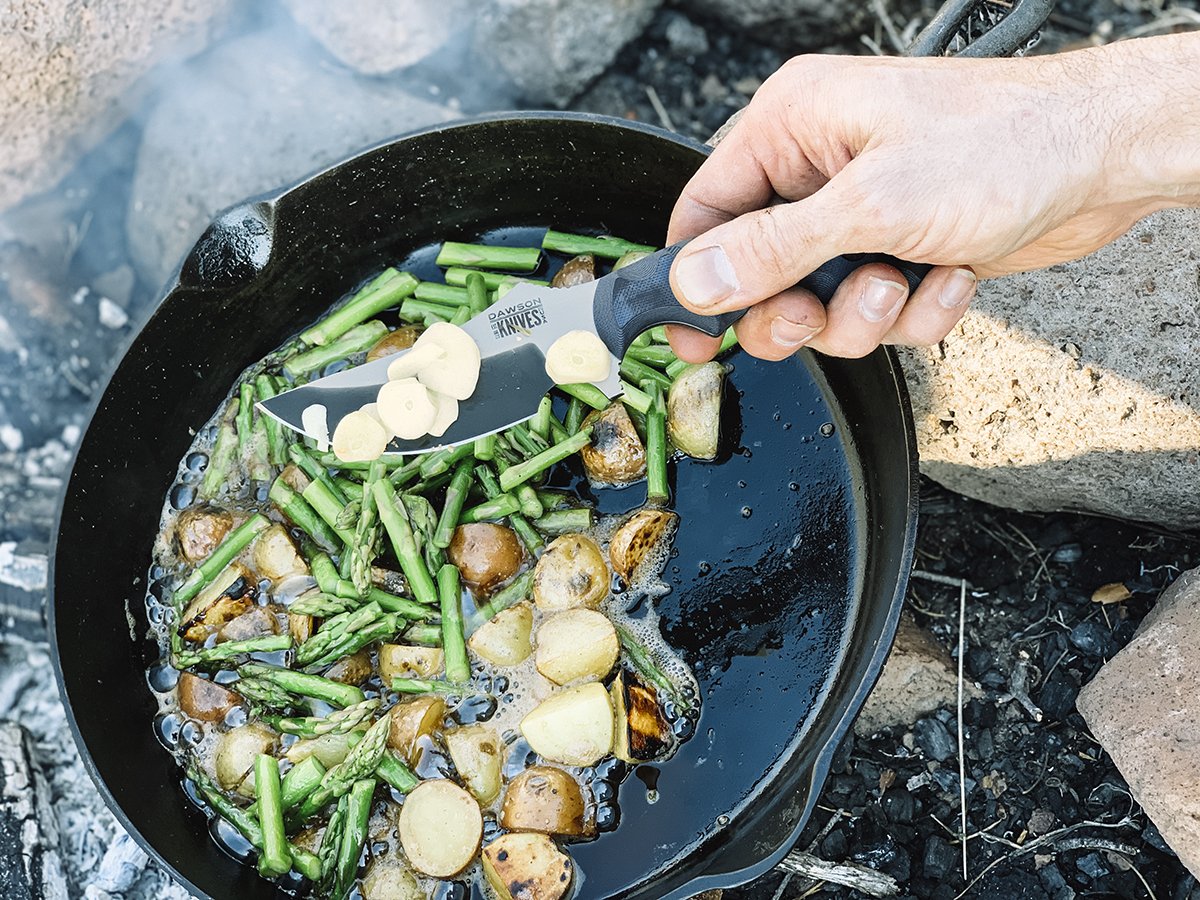 How will I use my knife?

A good rule of thumb is that a thinner blade means a finer, sharper edge. These knives are excellent flesh cutters for skinning, caping and processing game, as well as camp food prep, feathering, opening boxes, cutting zip ties and more. Some of my favorites are the Deep Notch, Serengeti and Huntsman. 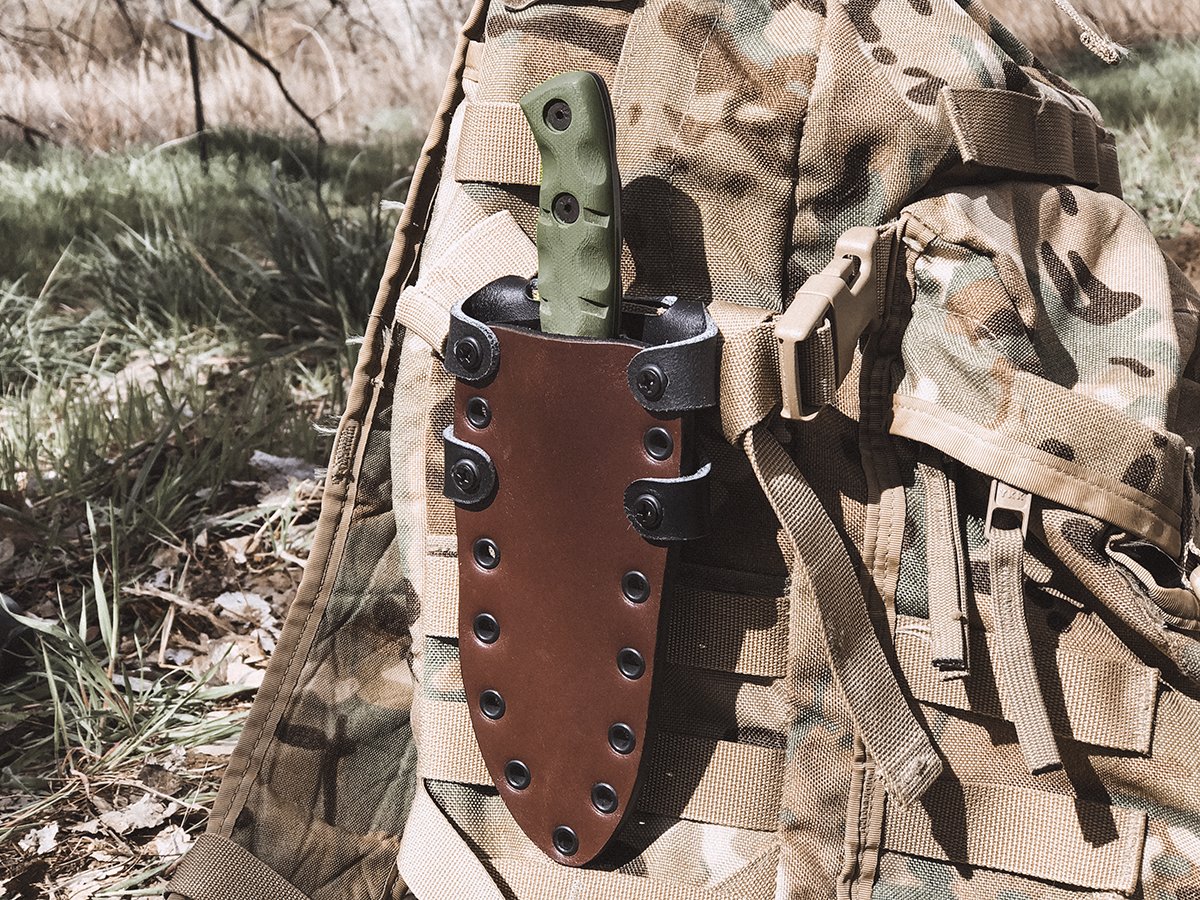 How much weight do I want to add to my gear?

For plenty of folks, bigger is better. It’s also heavier. A thicker blade will have the weight and strength for all kinds of survival applications, including chopping and shelter building, while pulling double duty in the camp kitchen. The ones I reach for in this bracket are the Pathfinder, Raider 5 and Explorer Elite. 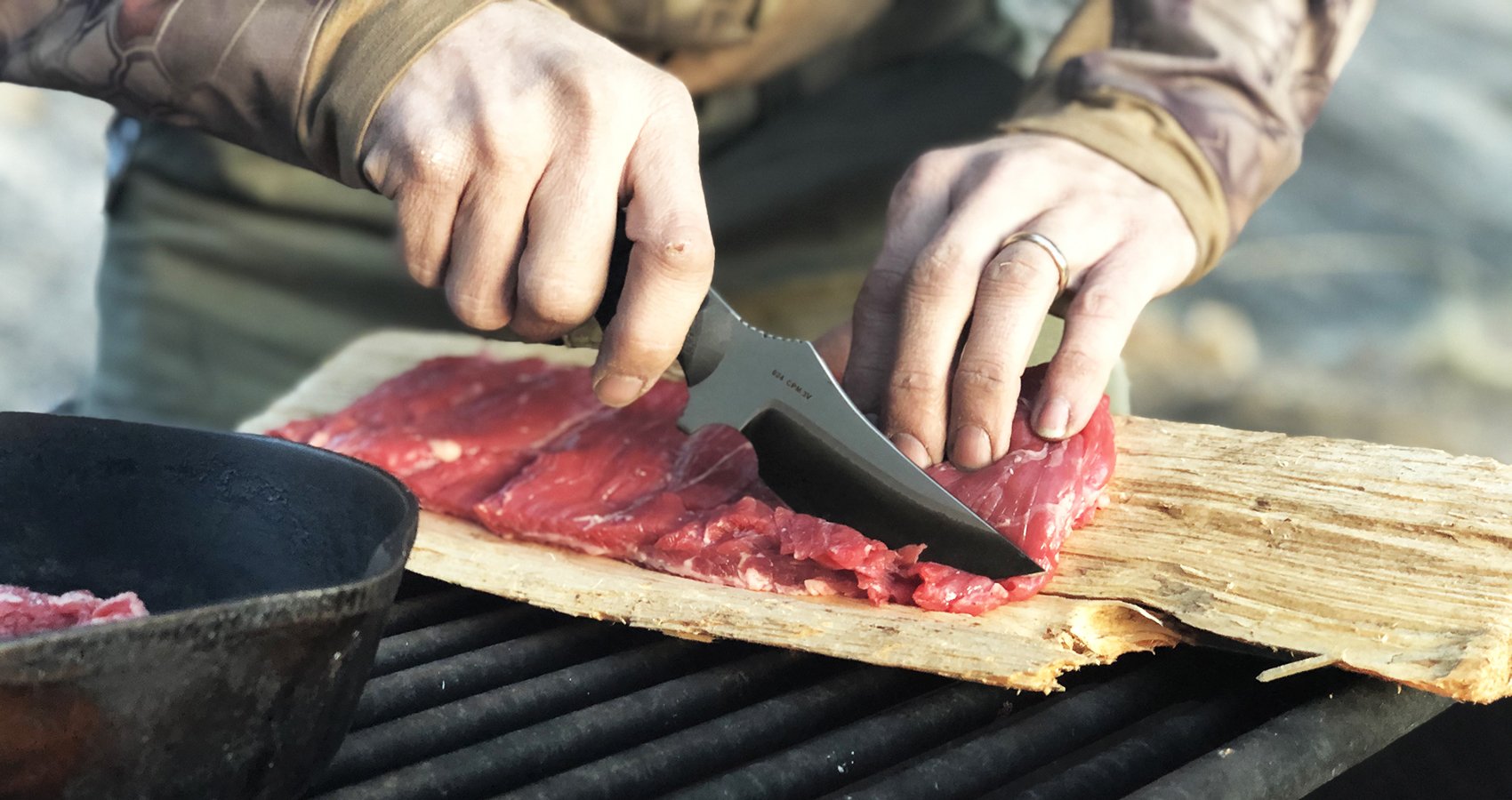 And finally, don't sweat it.

It takes time and experience to learn what works for you and what doesn’t. Don’t worry about finding the perfect knife the first time. Think about what you need, do some research. Once you find one you like, take it out and use it, in all kinds of situations, under all kinds of conditions and in all kinds of weathers.

Nobody takes knives more seriously than a professional knifemaker, but at the end of the day, I just love knives. They’re fun to make, use, collect and talk about. So relax and enjoy the ride. We'll make an expert of you yet.